Which of these boys grew into the world’s best footballer and is coming to torment United at Wembley? The face fits, even if the kit doesn’t! It’s Lionel Messi (second from right in the back row) aged six in 1993

Lionel Messi has netted an incredible 49 goals for the Catalan giants this year.

But Man. United fans will be hoping the Argentina star won’t be making it a half-century when they team vs. Barcelona face off in Saturday’s mouth-watering clash ( Champions league final UEFA May 28 ) 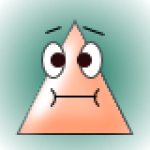