iPhone 5 to be Thinner, Smaller, New SIM iPhone 5 to be Thinner, Smaller, New SIM Stephane Richard, CEO of France Telecom, recently hinted during an interview that Apple and carriers have reached a compromise over a smaller SIM card rather than using an electronic SIM to make Apple’s fifth-generation iPhone thinner. France Telecom – through its Orange brand – is the network that ranks second-highest in annual iPhone sales, coming in behind AT&T. Orange sells the iPhone in over a dozen different countries in Europe and the UK. Richard shares that networks had worked to convince Apple to hold off on building an electronic-SIM into its next iPhone, rumored for launch in September. “All of us told them it was a bad idea because the SIM card is a critical piece of the security and authentication process,” according to Richard. “It would be very difficult for a telco or carrier to manage the customer relationship. I think that they understood this point. We had a very constructive exchange and dialogue with them.” It was only last year when rumors surfaced that Apple had been working to try to eliminate the need for a SIM card from its iPhone models altogether through the use of an embedded SIM chip inside the handset. Carriers quickly voiced their concerns about Apple’s plan, however, and even went so far as to threaten to drop the iPhone’s subsidies if Apple didn’t give up on its plan. For its part, Apple did not give up on the idea of reducing the SIM, and a compromise was finally reached last week, according to Richard. This new SIM standard, which was submitted to the European Telecommunications Standards Institute, is even smaller than the “micro SIM” which is currently used by the iPhone 4. It’s no secret that Apple wants to continue to slim down its iPhone models as they evolve. According to Richard, “We are going to work with them in order to standardize a new format of SIM which takes into account our needs with security and authentication and also is compatible with their wishes in terms of size,” adding that he “understood that the next iPhone would be smaller and thinner and they are definitely seeking some space.” CEOs and other upper-level employees of wireless providers are no strangers to rumors and leaks regarding Apple’s iPhone handsets. Just last month, Verizon CFO Fran Shammo hinted that the fifth-generation iPhone would be “world phone” capable. Those close to Apple claim that the company has been quick to punish those who have made serious leaks regarding the iPhone. Robert Watson, CEO of Canada’s SaskTel leaked last year that the new iPhone 4 would be released in June and that they would offer it in July. However, SaskTel did not begin selling the iPhone until just last month, leading many to believe that they were punished for leaking the phone’s expected release date. Other interesting mobile tidbits came out of the interview with France Telecom’s Richard, with him claiming that he is “quite happy with the existing landscape in terms of operating systems,” and sharing that a ”world with 90 percent of Android-based devices would not be attractive for us, but we are far from that.” Richard also mentioned that he thought Nokia and Microsoft are going to have a tough time of it, and that RIM, makers of the Blackberry line, has some “quality issues to address.” Richard didn’t hold back his thoughts on the chances for tablets in the marketplace, either, noting “To me as a user and as a partner, there is the iPad and there is the rest. I think there will be a world market for the iPad. What will be, really, the size of this market, is difficult to say, because in fact it is a new market.” 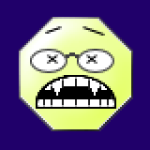